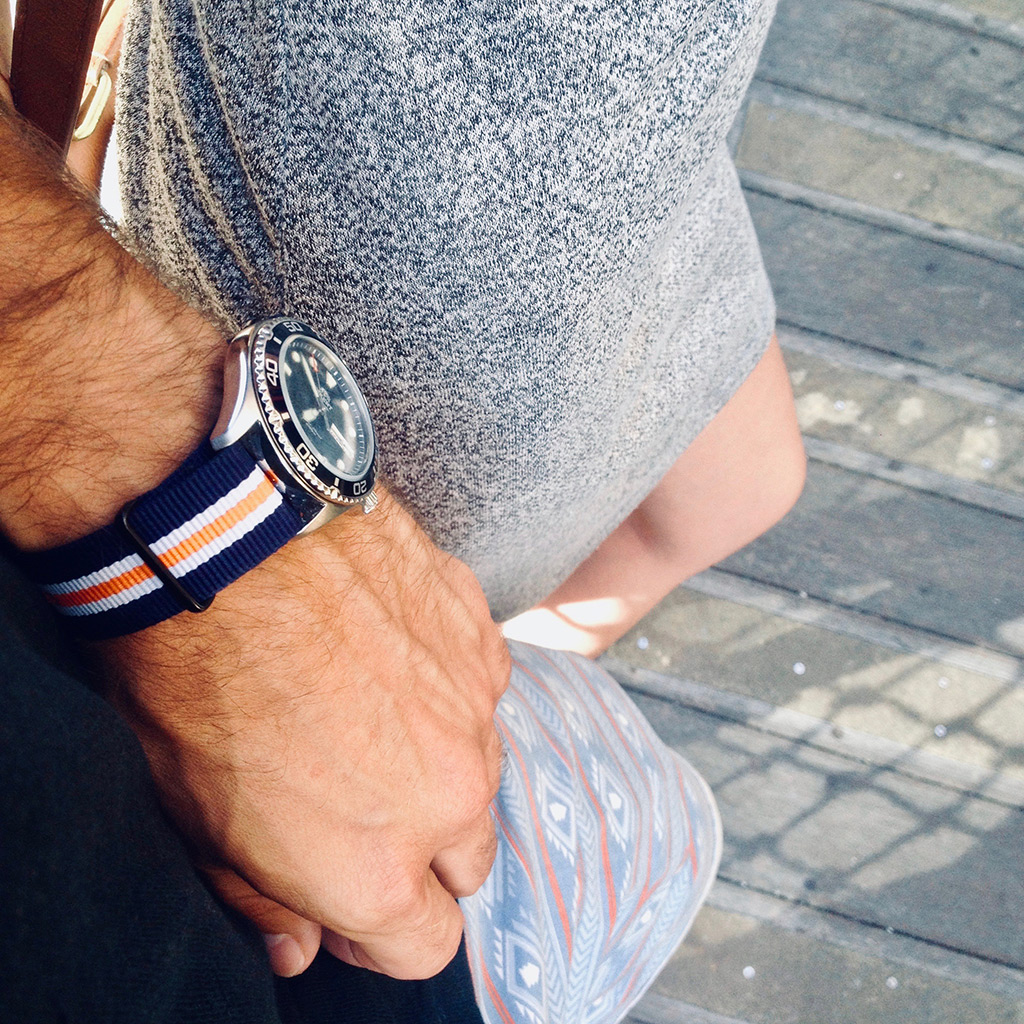 My big brother has got two watches. One is for work and formal events, and one is for adventures. That’s all you need really. I wish I could be the same. Just own two watches; an everyday wearer and a beater. Instead I’ve got 16 everyday wearers, and because I like a rugged style, nine of them also second as beaters pretty much.

Ok, so why is this a problem for me? I’m not hoarding, all watches get worn and it’s not like they take up space or create a deficit in my wallet. It’s a problem because a watch is an intimate item, being there with you for all sorts of events, and as such they become artefacts of memorabilia. Even with a fairly small collection of 16 watches (albeit six being the Gloriousdays collection) each watch naturally doesn’t get that much wrist time after all, and they’d be lucky to come along on a trip or other eventful experience.

Take my brother again. Two watches. They come along on a helluva lot more events than any of my watches do individually. I bet he’s got a bunch of memories attached to each of them by now. His promotion to manager, his engagement, his move to the UK, his move back to Sweden, the birth of his child, his bonding trip to Scotland with our dad… At all these big events in his life he was either wearing his Omega or his Tissot. Talk about charging objects with emotional value!

See, I wish I could do the same. Load my watches with memories. Every scratch would mean something. Obviously they still do even if my collection is larger, but there aren’t hardly any scratches on the watches! And I sort of like a bit of evidence of a rough and tumble lifestyle. It’s all part of the charm.

At least I’m not hoarding. When a watch loses emotional value or can’t be justified to stay in the collection I sell it. I keep my collection fairly lean. But the problem with that is that sometimes I sell watches that I’ve had for a while and inherently have built up some memories with them. Letting them go is almost like letting a bit of the memories go. I always make sure to document my pieces through my watch photography though. That is one way I can keep my watches forever.

Could I do it?

Say I had to sweat my collection to only two pieces tomorrow. Which ones would I keep? I bet you can relate. It’s not an easy task, however I also think it’s a fun and maybe even healthy thought experiment. Would you pick your latest crush, or would you pick your oldest friend?

Today my answer would look like this. Next week maybe it would look differently.

1 thought on “Are you collecting watches or memories?”