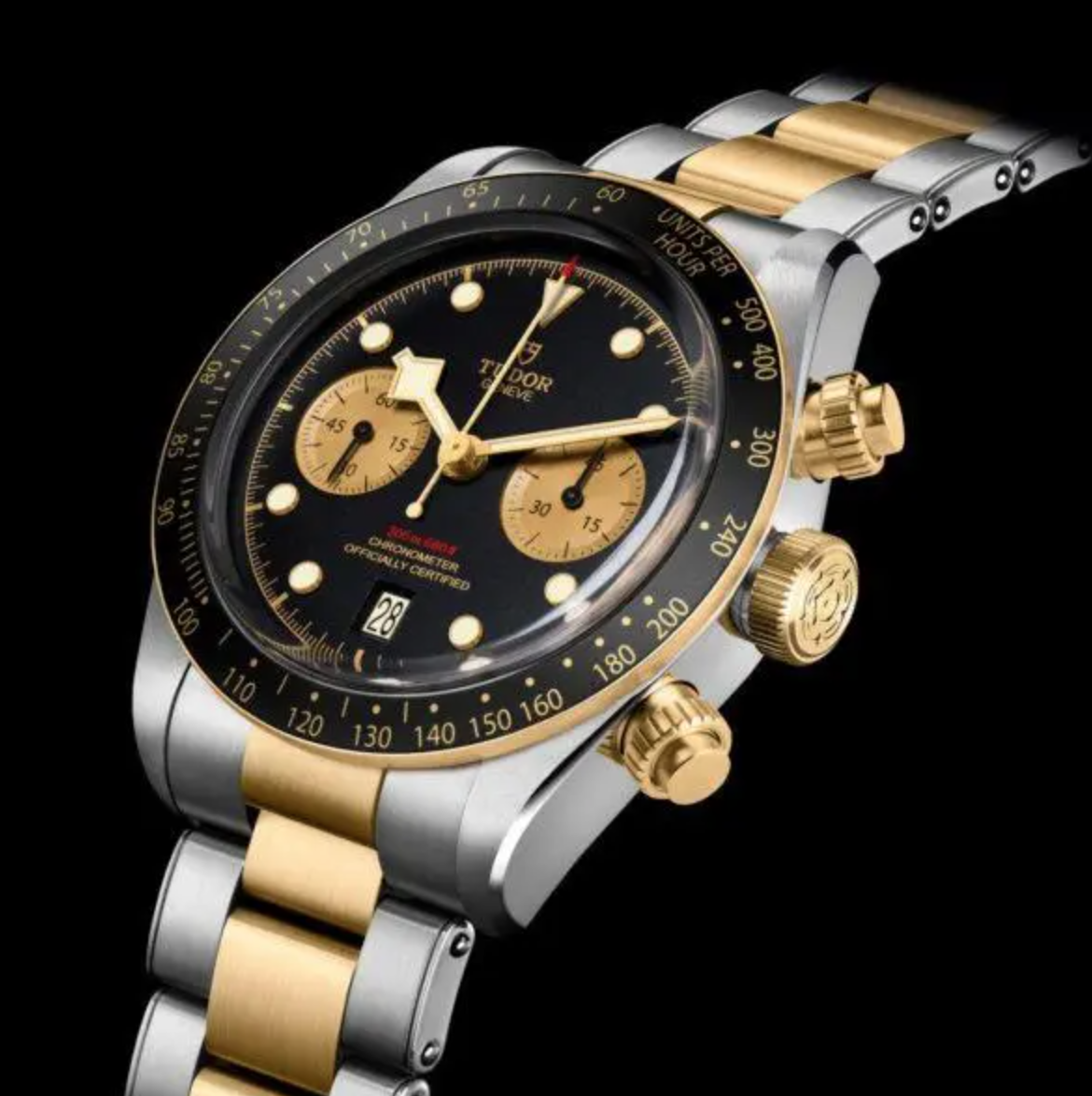 A grail watch is a watch collector’s term for the most desirable watch a person can think of. It’s normally an expensive watch, hard to obtain. If money or scarcity wasn’t an issue, the grail watch is the watch the person wants the most.

I have two grail watches. They are not the normal Speedy, Daytona, Submariner or Calatrava. They’re actually so unusual that I’ve never heard anyone name them as their grail watch, nor have I ever seen anyone wear one.

They’re not even that expensive. But they cost more than I’m willing to spend on a watch and for that reason they safely stay in the unattainable space and remain grail watches.

Interestingly both designs are from the 70’s and both watches are chronographs. But that’s about where the similarities end.

First out we have Tudor Heritage Chrono in white and blue. This sporty piece screams summer and has been a favourite of mine since 2016 or so. It can be found used for about £3,000 and part from looking gorgeous it also represents my somewhat left field, “let’s be different” attitude.

Second up is a watch that has sneaked into my awareness and refused to leave. Sinn 103 St is as much tool watch as any watch can be. I love the utilitarian look and this watch can be matched with so many styles and be dressed up and down and put on a large variety of straps.

I’m also a sucker for all black bezels on stainless steel watches. And acrylic domed crystals. And syringe hands. And day date complications (so handy!). Sinn 103 St has all of this and can be had used for around £1,500. If I were to ever pursue my grails, I’d probably start with the Sinn.

Some watches not far from the grails

Over the years a few other watches have captivated me as well. Maybe not as much as the grails, but they deserve honourable mentions.

So, what is your grail watch? Leave a comment and let me know!