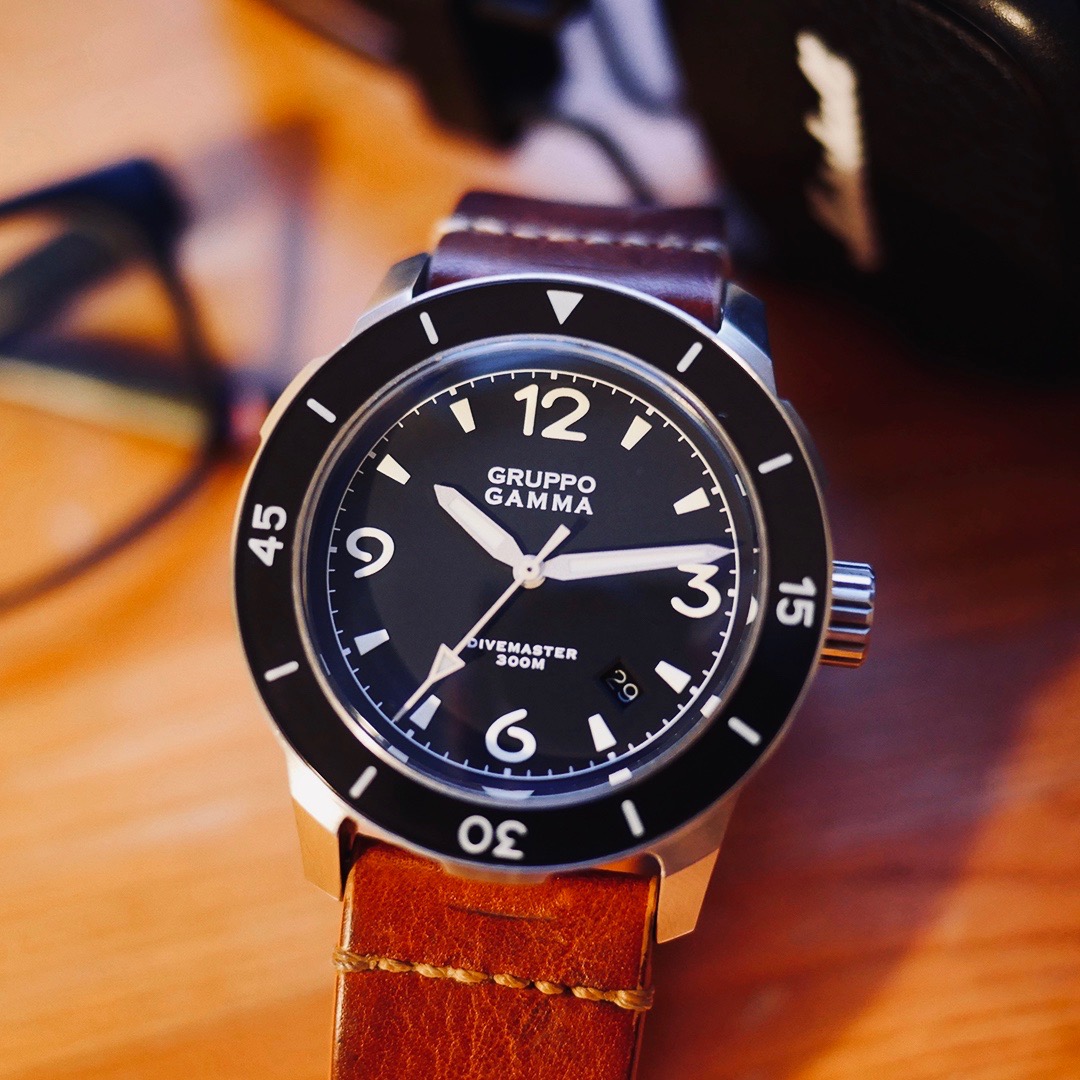 After browsing dive watches for hours on end I finally came across a pre-order watch from Singapore based microbrand Gruppo Gamma. Gruppo Gamma was mainly known for their Panerai hommages in 2016 but with the Divemaster they created something inspired by vintage divers but yet fully unique.

The Divemaster was a chunky diver spanning 44 x 52mm with 24mm lugs. Not a small watch by any standards. Today I’d struggle with a watch that large, but in 2016 this was my ideal size. I wasn’t much larger, it was simply a preference.

Before the Divemaster I had briefly owned the Orient Ray, but not connected with it. When I received Gruppo Gamma’s latest creation on the other hand I was smitten. It came on a chunky, tan leather strap. It had a beautifully curved domed sapphire glass and could either be had with a sandwich dial or a date window. A few colour variations were also possible. Inside was an NH35 and the bezel was a smooth pleasure to turn. There really wasn’t a lot negative to say about the Divemaster if you were into this type of watch.

Especially with the pre-order price it was quite affordable at £320. Naoki at Gruppo Gamma evolved the model over the years but to me this first version is still the best ever made, and got my eyes not only on a Gruppo Gamma as a great brand, but the microbrand scene as a whole.

Why did I sell my Gruppo Gamma Divemaster?

I kept my Divemaster for many years but eventually it saw less and less time outside the watch box. I think it was a combination of me moving towards smaller watches and the fact that I felt a bit too precious about a watch that was designed to be used as a tool watch. I actually made a small profit selling it and the new owner seemed really stoked about the watch, so I’m glad it’s fully appreciated in its new home, as it deserves.