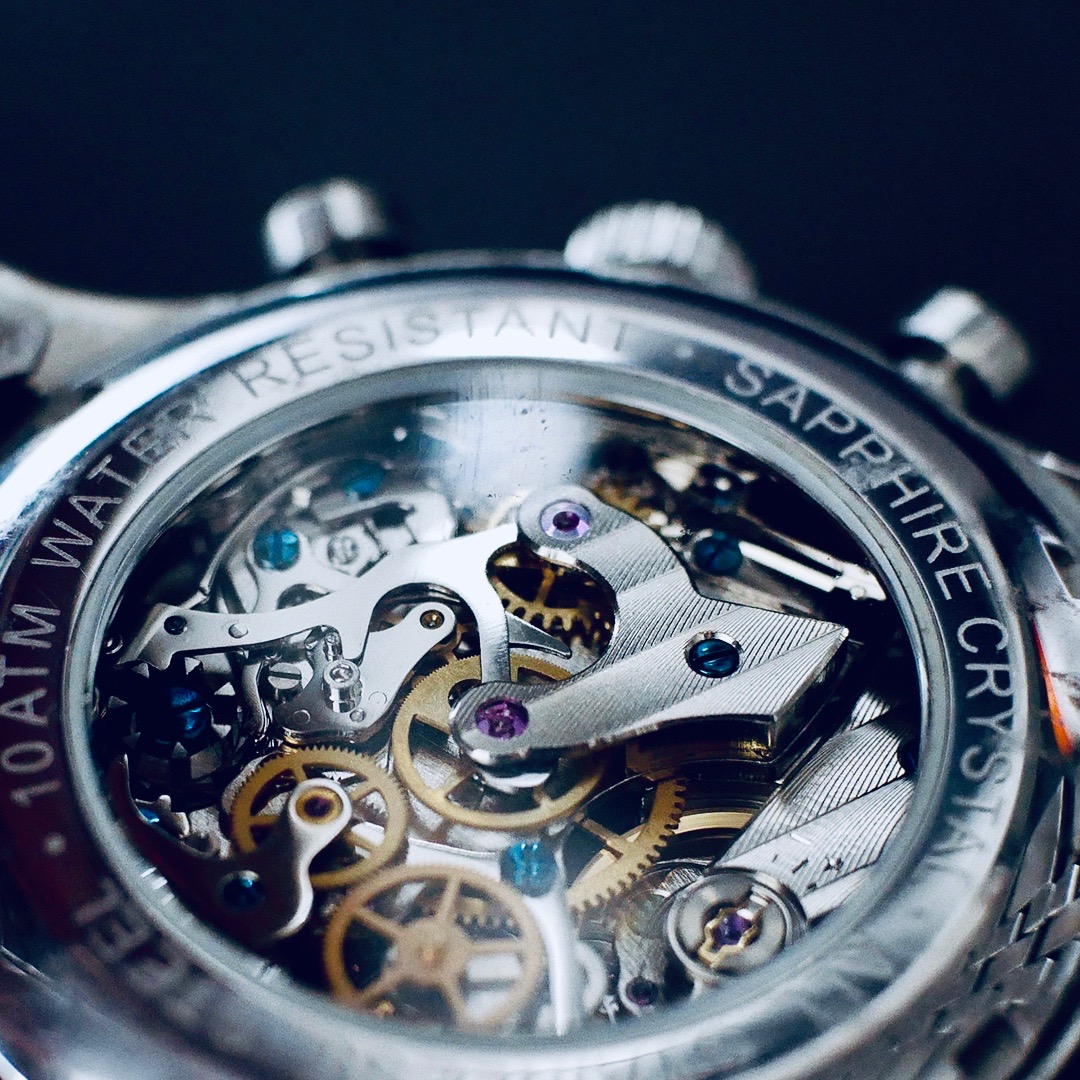 When it comes to watches, few topics are so polarising as the quartz versus mechanical one. It’s a silly thing to get caught up in since in the end it doesn’t matter, and you don’t have to take a stance.

No one has ever been forced to choose between battery or spring powered watches for life. Yet, on watch forums you always come across camps of purists (or watch snobs) and functionalists (or cheapos). I belong to the big crowd of middle-ground people who enjoy owning and using both types of watches.

A journey of maturity

In the early days, when a watch was just a watch, I didn’t care. Which means that as far as I was aware, a watch was battery powered. The world of mechanical was still unknown to me. The only mention of anything remotely mechanical was a class mate telling me that you could tell if a Rolex was real by looking at the second hand sweep. Real Rolexes had a smooth sweep, contrary to the ticking motion of a Quartz watch.

Over time I learnt that only really expensive watches used mechanical movements, and since I couldn’t fathom why anyone would spend thousands on a watch I simply left that world to itself and set up my own, Quartz powered, watch brand.

After getting into mechanical watches in 2016, that was for a long time the only thing I would consider (yes, I was one of the snobby campers). In the last year or so I’ve started to appreciate the value proposition in Quartz again. Albeit inherently less charming that mechanical, a Quartz watch will compensate with usability and can still be an awesome looking piece.

If you’re not quite sure why to get one or the other type of watch, here’s my list of strengths for each type.

Strengths in a Quartz watch

Strengths in a mechanical watch

Hybrids – Best of both worlds?

One doesn’t have to go strictly one or the other nowadays. If you’re a watch collector you’re likely to have plenty of both in your collection, or if you’ve managed to cut it down to a two watch collection, commonly consisting of a daily and a dressy type events watch, it would make a lot of sense to use Quartz for the daily workhorse, and go for a swanky mechanical for the event watch.

But if you’re a hardcore ONE watch only type person you can get a bit of both worlds in either a solar powered Quartz or a meca-quartz movement. It’s not a like-for-like replacement, but at least with solar-powered movements you don’t have to replace the battery as often, which is convenient and eco-friendly. What you gain with a mecaquartz watch is a sweep of the seconds hand that, although not as smooth as most mechanicals, come pretty close to a smooth sweep. In addition, if your watch is a chronograph, you get mechanical pushers with tactile feedback that many people prefer over the mushy press of a Quartz chrono pusher.